Bilbao is the region’s most cosmopolitan and densely-populated city thanks to the transformations which, since the nineties, have helped to completely alter its character and appearance. Bilbao nowadays is a collage created by some of the loftiest figures of international avant-garde architecture. The city in Biscay is composed of the titanium which protects the Guggenheim Museum Bilbao, designed by Frank Gehry, the glass which covers the entrances to the metro, designed by Norman Foster, or the steel which makes new urban development challenges possible such as the Isozaki Atea Towers (by the Japanese architect Arata Isozaki, or Bilbao Airport by Santiago Calatrava.

Another of the city’s attractions is the neoclassical Arriaga Theatre. Right there is the start of the domain of the Old Town or Siete Calles/Zazpikale (“Seven Streets”), the old part of Bilbao with its Plaza Nueva (New Square), Santiago Cathedral and, at one end, the Ribera Market. Also very close by is the Gran Vía, Bilbao’s main shopping street. In recent years Bilbao has recovered both banks of the ria for leisure activities . Where in the past there were loading docks, today there are avenues with works of architecture such as the Calatrava walkway. Among its events it is worth highlighting Aste Nagusia, which is celebrated every year in mid-August, and the Santo Tomás Fair in december. 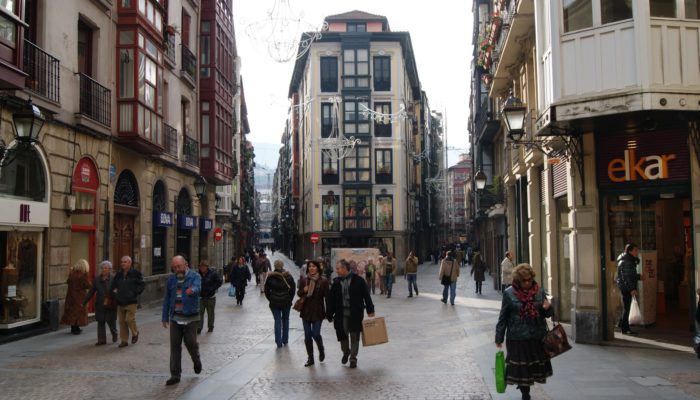 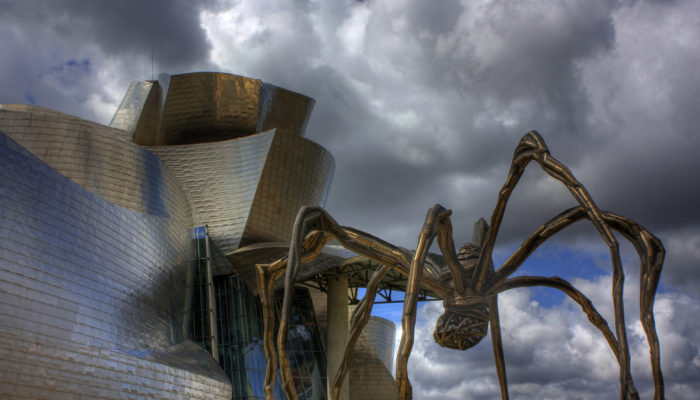 Bilbao is one of the main economic and cultural hubs in nor- thern Spain, and has gained international recognition as an architectural point of reference. Certainly, the Guggenheim Museum has acted as its main calling card. But Bilbao has plenty of other interesting sites to offer, in and around the city. And its strategic location makes it an ideal port of entry to other parts of the northern Iberian peninsula, and to the southwest of France

The Basque Country’s cuisine is one of its highest-rated and best-known strengths. Eating well is part of Basque Culture, hence the reverence given to natural seasonal produce and simple ingredients. Bilbao and surrounding areas counts with various Michellin Stars Restaurants.

To complement the quality of the food there are the wines from La Rioja Alavesa, which are produced within the control framework of the Qualified Denomination of Origin of Rioja. It also has other wine-growing denominations of origin such as Txakoli (from Biscay, Álava and Getaria), a semi-sparkling white wine.

The Pintxos (tapas) are also outstanding. What has become known as ‘cooking in miniature’ has become much more sophisticated in recent years: the creations are increasingly complex, tasty and creative, and in some bars there is a phenomenon similar to Basque Nouvelle Cuisine. 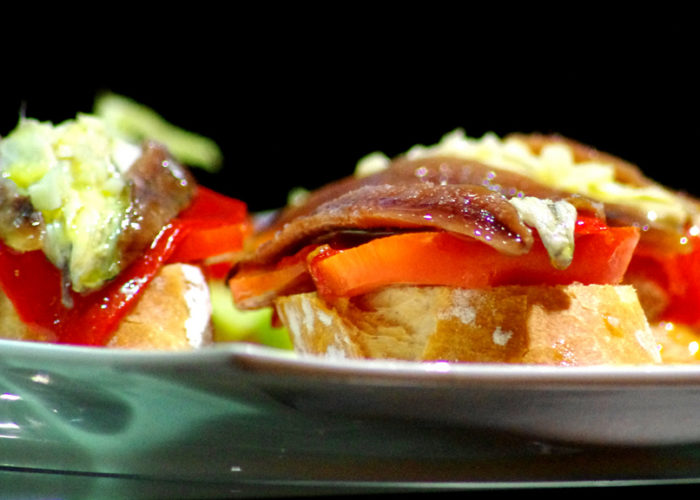 We use cookies to ensure that we give you the best experience on our website. If you continue to use this site we will assume that you are happy with it.OKRead More